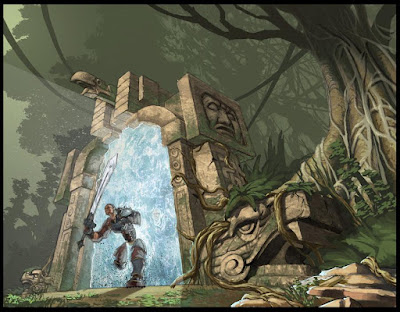 Are your heroes ready to descend into the dreaded Tomb of Annihilation? This first adventure is an alternative take on the Skeleton Key adventure from TOA. Enter at your own peril and traverse the mysterious archways as you search for legendary archlich Acererak!
Post a Comment
Read more 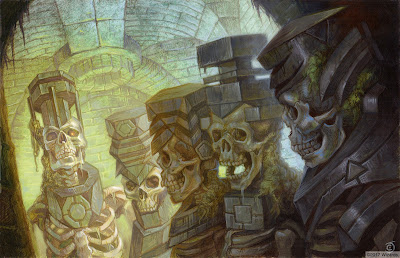 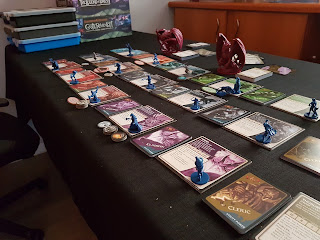 Cue music: Holding out for a Hero It's probably obvious from this blog that I am an avid D&D gamer and rather enthusiastic about the Dungeons and Dragons Adventure System board games. From my very first dungeon delve with Castle Ravenloft back in early 2017 , I have since played through all of the games (well, except for Temple of Elemental Evil) and I thought it high time that I did a proper ranking of these gaming systems. So, that said, grab a coffee and sit back as I rank my favorite pastime according to my own scaling and bias: 5. The Tomb of Annihilation (TOA) TOA has them jungle vibes I was rather late in getting to an actual play through of the The Tomb of Annihilation. I did my first unboxing in October of 2018 but my actual review came in almost a year later in August of 2019! Well, I had my reasons of course. My then steady gaming group were busy plowing through my Ruin of Nimbar campaign which combined the first 3 games (CR, WOA & LOD) into a giant, epic adven
Post a Comment
Read more 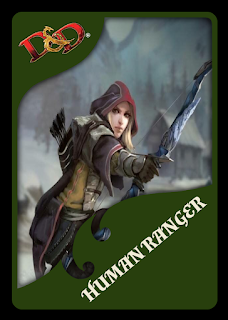 Savryna Ravenmoon There is neither tree nor beast that  knows not the name of Savryna Ravenmoon, the greatest tracker to have  ever lived. Born into the wilds of Dal Halethoorn, this skilled Ranger is a guardian  of the forests and is fiercely protective of her lands. The Human Ranger Character Class
Post a Comment
Read more 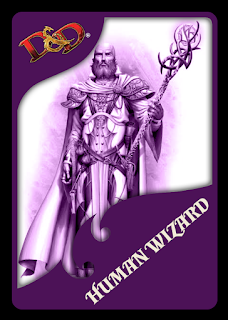 Al-Dinazar In the city of Al-Khuliyah lies Qaeat  Alqt'b - the Hall of Scribes and it's primary guardian, Dinazr the Dutiful. Over the years,he has instructed  many acolytes into the arts of wizardy. Now he seeks to fulfill a higher purpose. The Human Wizard
Post a Comment
Read more 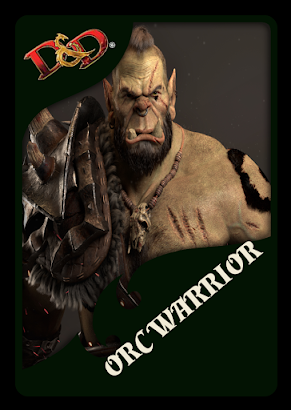 Gulthan Born mute, the infant Gulthan was cast out of his  clan and left in the cold North Mountains to die. There he was found by the Dwarven Battlemaster,  Hjalmiir Warhammer, who took pity on the young Orcling and raised him and trained him in the ways  of battle. Now, a renowned and formidable warrior  among the dwarves, Gulthan is fiercely protective  of his adopted kin. The Orc Warrior Class
Post a Comment
Read more 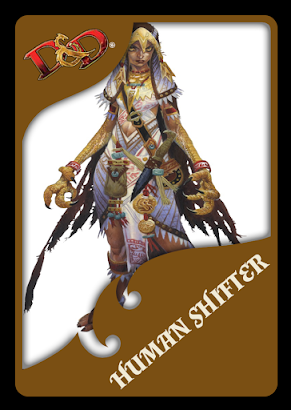 Zoya After spending years in the servitude of the Church of Horus, the devoted disciple Zoya was gifted with the Saqar: the manifestation of a hawk in Human form. Gifted with speed, agility and deadly claws, Zoya is oathsworn to shift the balance back to the light.
Post a Comment
Read more
More posts

Uzair Parker
I'm not your average run-of-the-millennial geek. Heck I been geeking since even before The Eradicator first showed up in Action Comics #2. I guess you could say i'm a child of the Gr8ies - the era that spawned the best pop culture and movies to date.